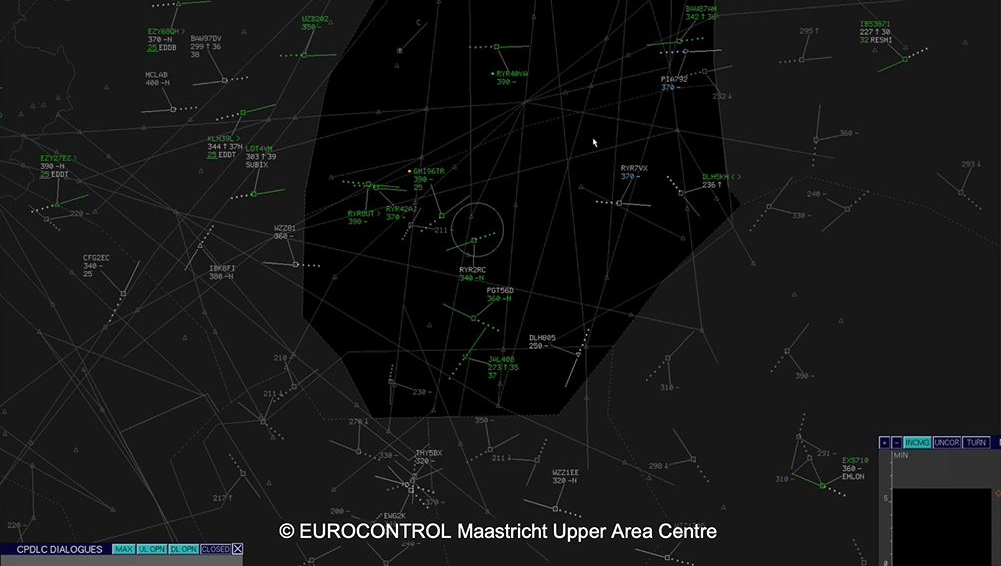 IZT is supplying four innovative Radio Direction Finders (RDF) to Eurocontrol. The IZT R5509 RDF will be deployed in the international airspace of the Maastricht Upper Area Control Centre (MUAC), which manages the upper airspace of Belgium, Luxembourg, the Netherlands and north-west Germany. The IZT devices send important directional information to the air traffic controllers to facilitate their work and ensuring greater safety in the airspace.

In MUAC’s densely occupied airspace, in which more than 100 aircrafts per hour can be controlled in particularly dense sectors, RDF is an important consideration. “The objective is to support the air traffic controllers to identify quickly and without ambiguity the position of the transmitting Aircraft“, says Patrick Bardet, Project Manager at Eurocontrol.
The system uses the direction information gathered at multiple RDF sites by picking up the aircraft radio transmissions to locate the current aircraft position

In high traffic density airspace, up to 25 aircraft are controlled at any moment in some of the busiest sectors. The RDF function supports the air traffic controllers to rapidly and very reliably locate which aircraft is transmitting on the frequency. The transmitting aircraft clearly appears on the controller’s integrated Human Machine Interface (HMI).

The new Radio Direction Finder IZT R5509 offers a modern solution based on a Software Defined Radio architecture with an open Interface allowing access to all data of the RDF. In addition, the IZT R5509 samples signals directly from all antenna elements in the 40 MHz to 500 MHz frequency band eliminating the need for additional radio frequency switches and synthesizers. “This innovative feature secures short detection times and simultaneous monitoring of multiple channels with arbitrary center frequencies and bandwidths”, says Rainer Perthold, CEO of IZT. The features of the IZT R5509 convinced also Bardet: “To deploy four new Radio Direction Finders with the required performance for accuracy and stability of the aircraft transmissions detection was the biggest challenge”.

The new R5509 antenna design reduces also the ground reflection which could lead to unstable detection. All the functions of the R5509 are remote controlled via an optical interface. The same cable delivers power to the RDF receiver which is integrated into the antenna. “This makes the installation simple, no losses in the antenna cables affect system performance and signal integrity is maintained over long distances”, says Perthold.

The first step in the cooperation between MUAC and IZT is the expansion of the existing network with four additional RDF sites. “Due to various measurements on site, the perfect place for the four additional RDFs with antennas will be located by our experts”, says Perthold. Due to the network expansion the geometry of the whole direction finding network will be optimized and the output will be even more precise.

Download the
press release about the cooperation between IZT and Eurocontrol.