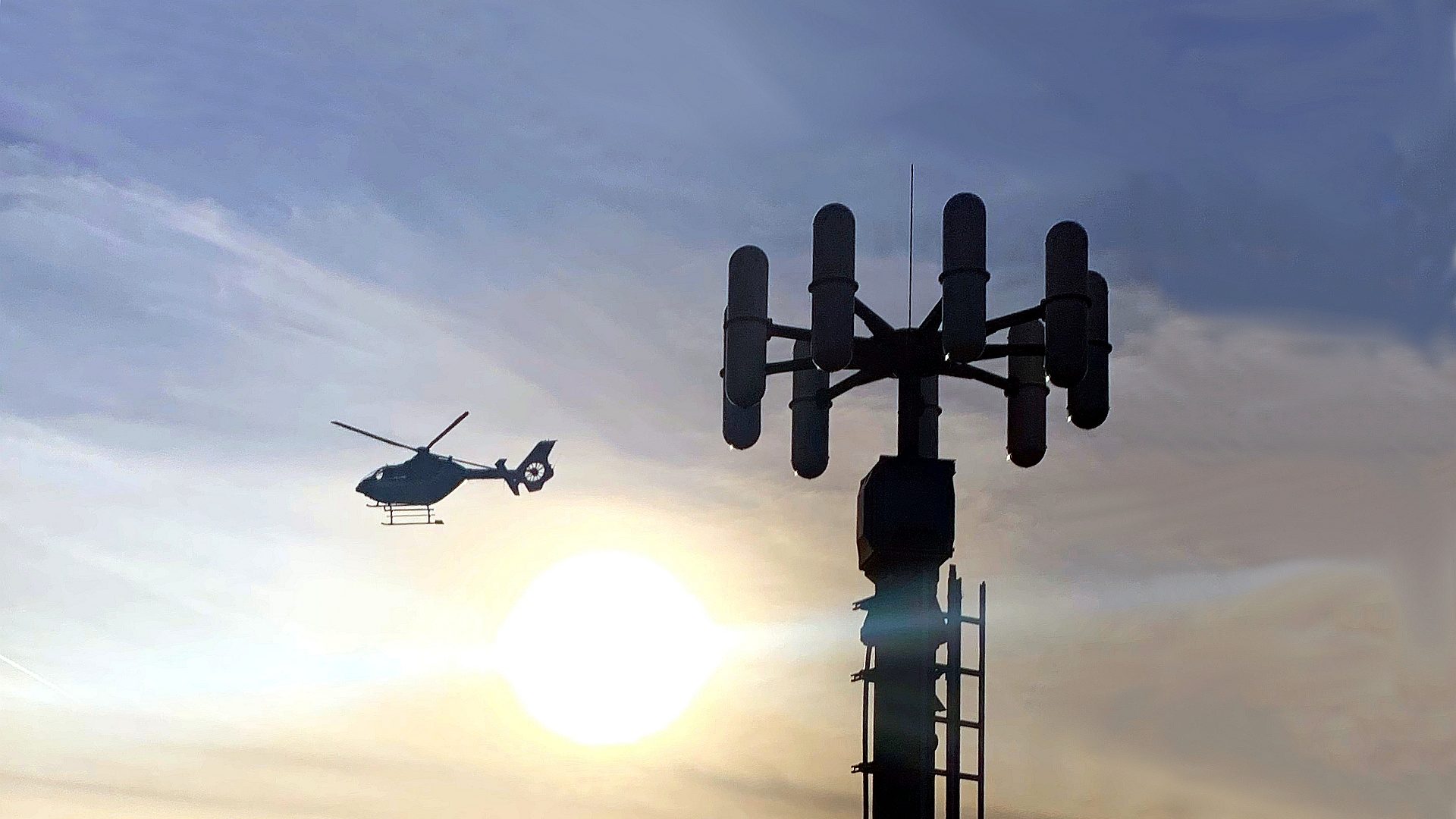 Erlangen, 2020-08-07: IZT has installed and successfully commissioned the first two of four radio direction finders for Eurocontrol. The Erlangen-based technology company is thus making an important contribution to flight safety in European airspace.

The installation of direction finders for Eurocontrol, the European Organisation for the Safety of Air Navigation, will relieve the burden on air traffic controllers and make the upper airspace of Belgium, Luxembourg, the Netherlands and north-west Germany safer.

IZT acts as a system provider and supports Eurocontrol from the selection of the location to the commissioning of the direction finders on site. “Apart from the foundation and the mast, all the hardware is produced developed and manufactured by us IZT and our its employees,” says product manager and project manager Holger Schlegel.

IZT supplies a total of four radio direction finders to Eurocontrol. The IZT R5509 Radio Direction Finders (RDF), which are distributed over several locations, enable the Maastricht Upper Area Control Center (MUAC) to send important position information to air traffic controllers. When a radio message is sent, the antennas systems locate the signal by means of a cross bearing, and a circle shows the air traffic controller which aircraft is currently transmitting. This is to avoid misunderstandings and to speed up the identification process.

“The first two of four systems are now in the field and working perfectly” says Schlegel. The antennas are located in Hessian Calden, and the Eifel region, and others will soon follow in France and Mecklenburg-Vorpommernnorth-east Germany soon.

IZT offers direction finders and their subsystems for a wide range of applications such as drone detection, airspace surveillance or spectrum monitoring in general. Their high RF performance and software defined architecture ensures maximum accuracy and is open to future enhancements of their functionality.