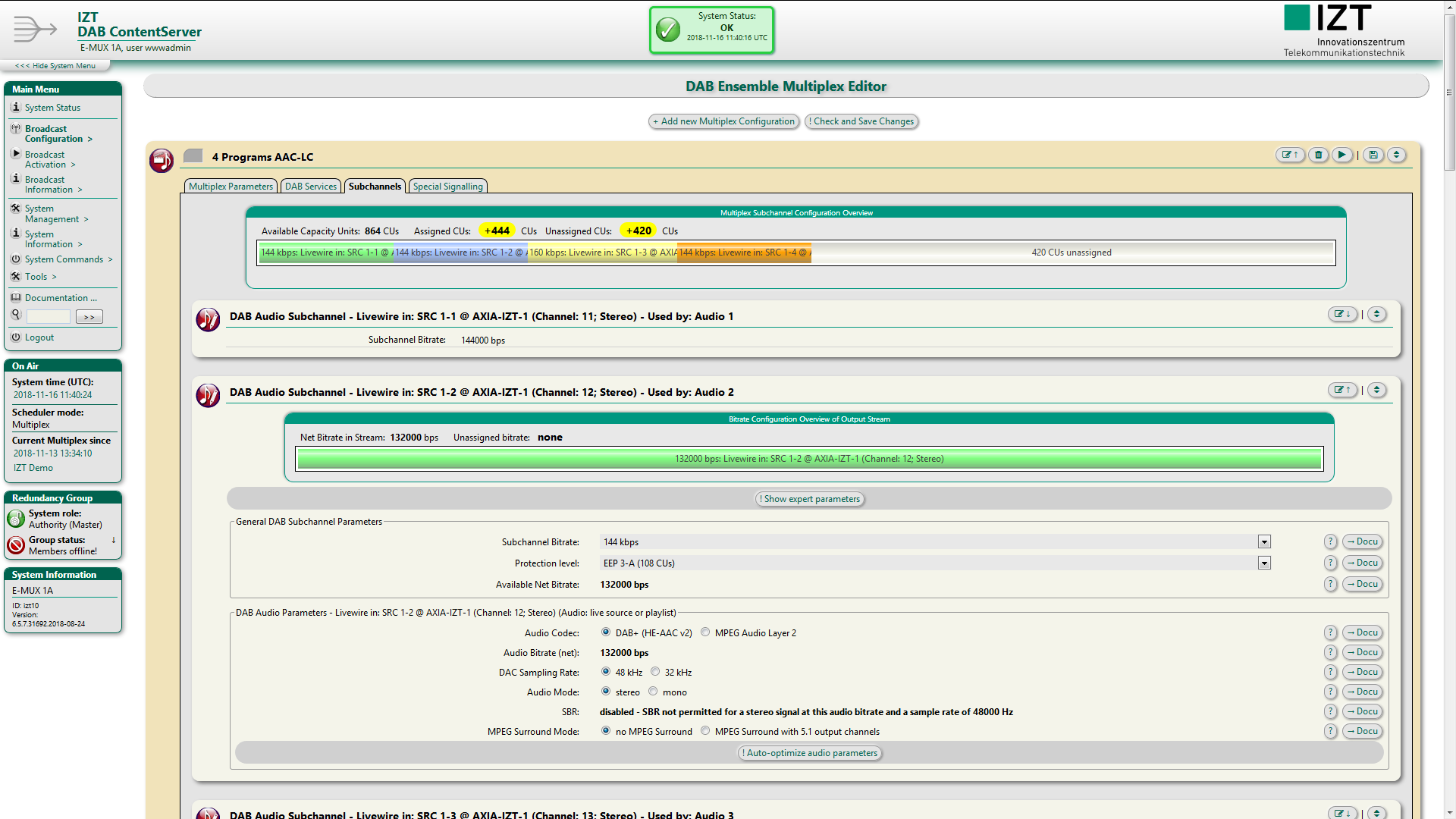 With the “DAB+ network Allgäu” on channel 8D, the latest extension of the German digital radio offer went into operation in November. The operator of the network is Bayern Digital Radio GmbH. IZT and Bayern Digital Radio are partners since 2012 and look back on a large number of successful joint projects.

Established in the market

Many renowned broadcasting authorities and DAB network operators use the IZT ContentServer. Since 2014, one of them is the Norwegian broadcaster NRK with a national network consisting of seven regional DAB ensembles. In Germany, the IZT DAB ContentServer enables the operation of the national DAB+ multiplex as well as a number of regional and state-wide DAB networks.

Additional to the systems in Bavaria, two further regional multiplexes in Germany were equipped by IZT in this year. “Our DAB and DRM ContentServers have established themselves in the national and international markets”, says Arne Borsum, product manager for digital broadcasting at IZT. “We use sophisticated technologies and enable thus maximum reliability”.

The IZT DAB ContentServer is a professional encoder- and multiplexer system for the infrastructure of digital broadcast transmitter networks. The system generates a multiplex signal of audio signals as well as additional data services for DAB. “With its various functions, its flexibility and not at least its reliability the ContentServer is unique in the market”, says Borsum.

IZT’s DAB head-end solution is based on the ContentServer technology of the Fraunhofer Institute for Integrated Circuits (IIS). It enables integrated encoding of all audio sources as well as processing of standard and user specific data services. Sophisticated redundancy concepts enable outstanding reliability.