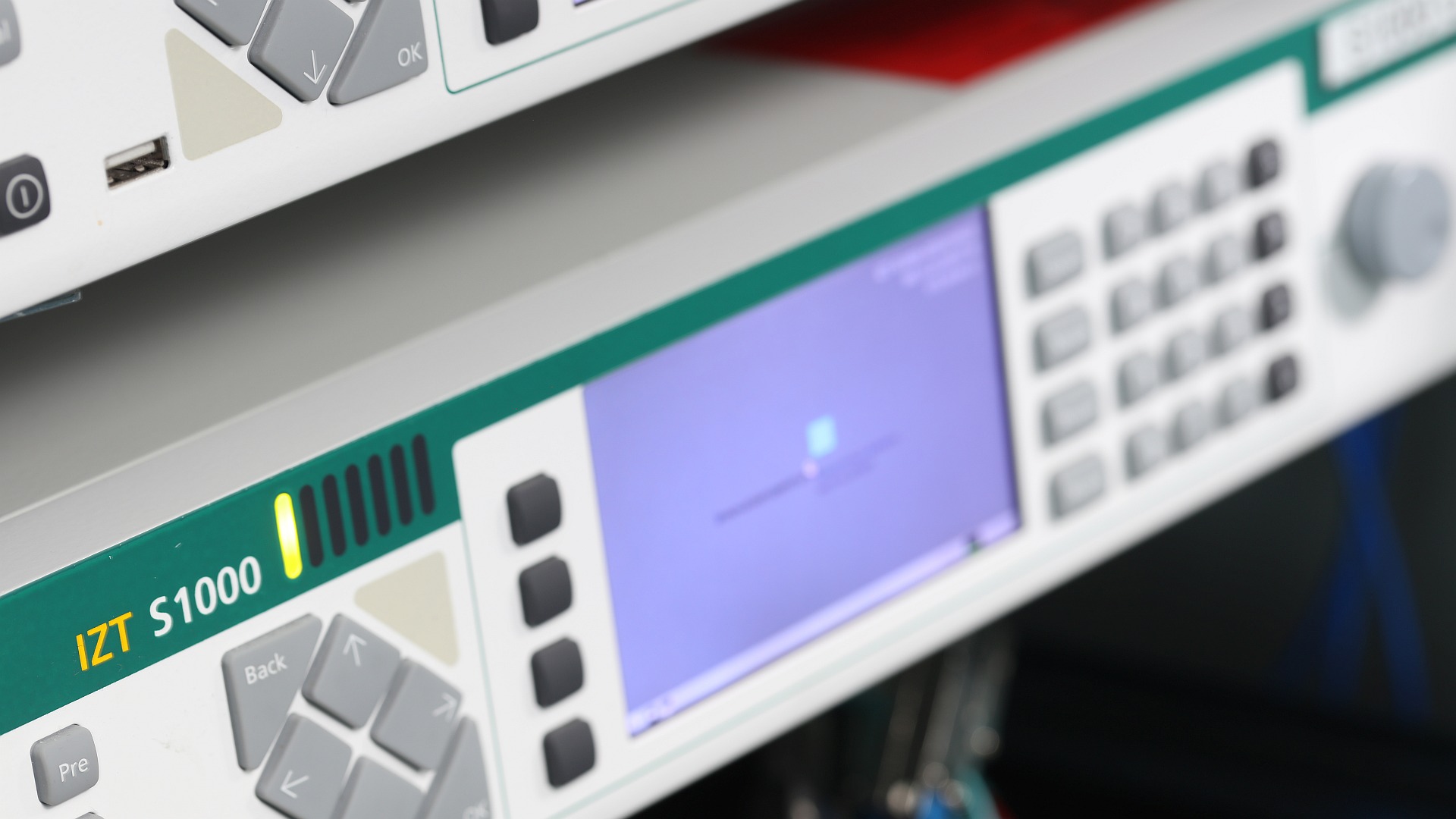 IZT introduced the DAB ContentServer Embedded Edition for the S1000. The new option integrates DAB, DAB+ and DMB multiplexing and makes the functionality of the IZT DAB ContentServer directly available on the S1000 signal generator. In consequence, it becomes even easier to generate DAB test sequences and to test DAB receivers in real-time with the S1000. The new software option allows to encode and multiplex audio and data services for DAB, DAB+ and DMB. Its web interface provides flexible and comfortable access to the needed parameters. The Embedded Edition of the DAB ContentServer includes basic functionality of the DAB standards family, while an upgrade to the full DAB ContentServer Developer Edition is possible.

Furthermore, a real-time DAB/DAB+/DMB modulator is available for the S1000. The new modulator supports simultaneous streaming of multiple ensembles, allowing for a direct link between the DAB ContentServer and the S1000 with the EDI protocol. DAB ETI files can be used as an input source without conversion, which enhances usability and saves conversion time. The real-time DAB modulator is capable of dynamic reconfigurations, which is essential to support the full test range of the DAB standard. The powerful impairment features of the S1000 (including multipath fading and time variant profiles) can be applied to the real-time DAB modulator.

To underline its strong commitment to digital radio, IZT joined WorldDMB (www.worlddab.org), the leading global forum that is facilitating the adoption and implementation of digital radio based on DAB, DAB+ and DMB. Promoting the standard around the world, WorldDMB works with broadcasters, network providers, car, receiver, chip and equipment manufacturers, governments and official bodies to encourage international co-operation and a smooth, coordinated roll-out of services.

With its products equipping DAB multiplexes that have rolled out in several countries, IZT has proven to be a reliable and competent partner for broadcasters and network providers.  For example, the Norwegian public broadcaster and DAB pioneer NRK has chosen the IZT DAB ContentServer to optimize their DAB+ infrastructure in 2014. The network comprises seven regional DAB+ ensembles and a set of national stations. In 2011, IZT provided the multiplexing equipment for the German nation-wide DAB+ network operated by Media Broadcast. In addition, IZT DAB ContentServers equip several regional and local DAB+ networks. Furthermore, IZT is a trusted supplier to many leading DAB receiver and chip manufacturers, as well as automotive suppliers.

IZT will go ahead with its support for digital radio introducing innovative DAB/DMB related products and solutions to further drive the market perception of this technology.