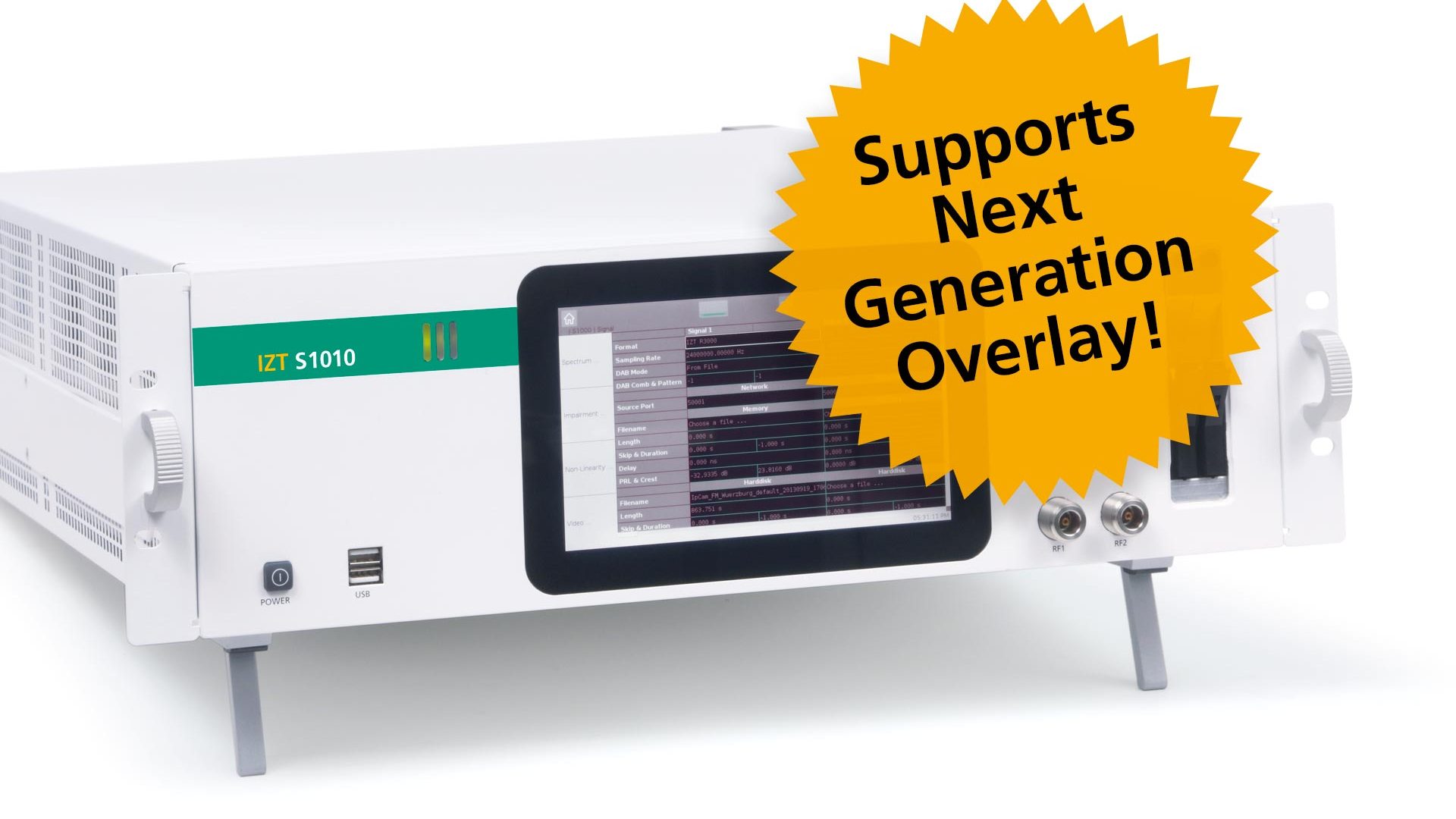 Sirius/XM launched a new overlay waveform. The overlay modulation which was used for the Sirius Waveform was exchanged and enhanced with the next generation overlay (NGO). IZT Signal Generators support the new broadcasting technology and are suitable as test equipment for upcoming broadcasting systems.

The new broadcasting technology replaced the previously used Sirius Overlay Waveform. All existing IZT S1000 and IZT S1010 Signal Generators support the NGO and are able to test upcoming broadcasting systems for the North American market after a software and firmware upgrade.

The IZT S1000 is ideally suited for a full-automated type acceptance test (TA2) of Sirius or XM receivers without additional test equipment. End-of-line testing of entertainment systems and combination with other standards such as GNSS signals are also standard applications of the IZT S1000 and IZT S1010. Its unique 31 signal generator technology makes it possible to simultaneously simulate a test environment with multiple sources while replacing extensive setups and reducing time and cost.

With an additional receiver it is possible to extend the IZT signal generator to a record and playback system. This IZT RecPlay System enables to simulate various test scenarios with realistic RF data of the environment in a laboratory.