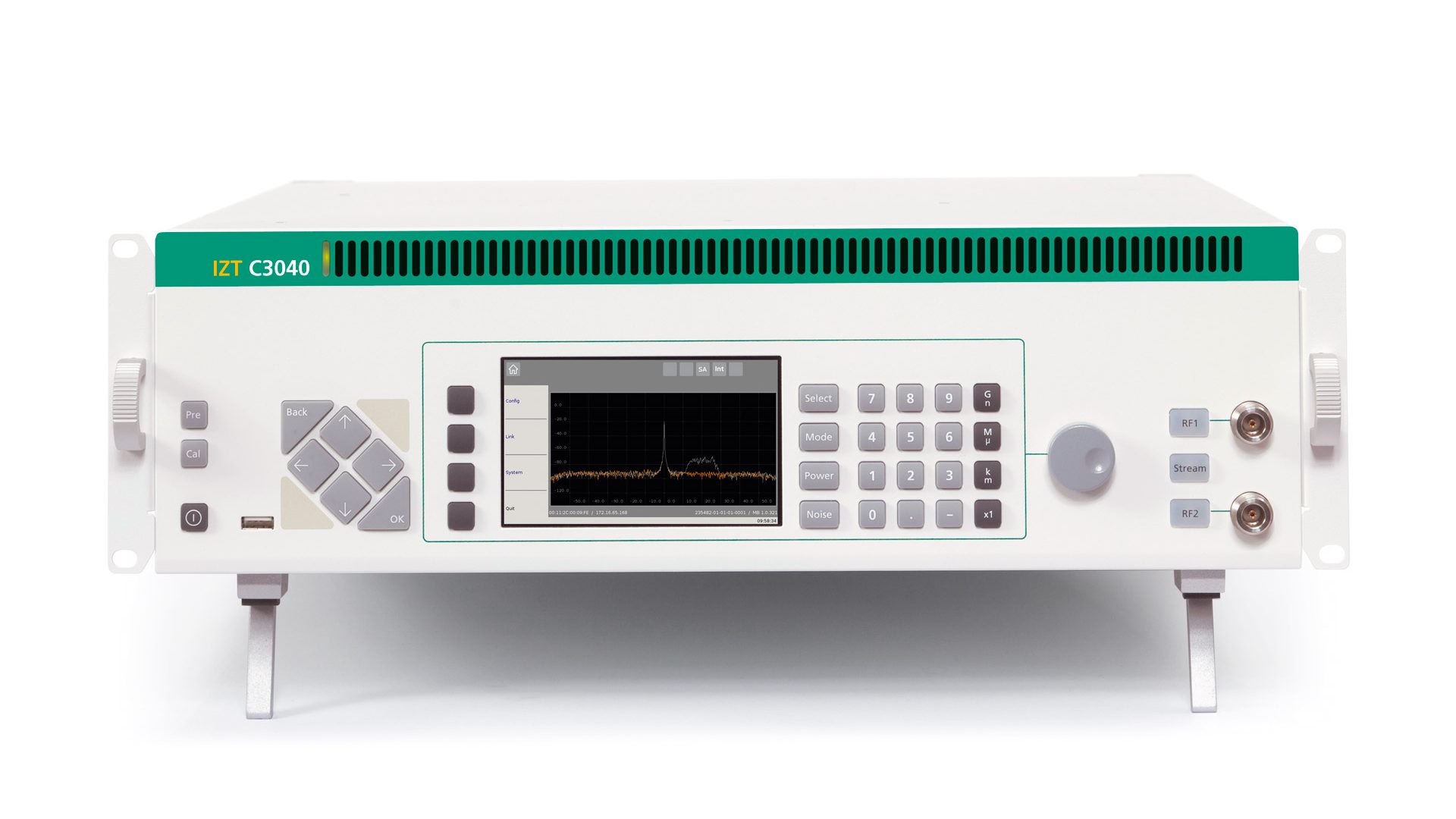 Erlangen – June 14, 2017 – IZT GmbH provides a new and powerful Fading Simulationoption for its IZT C3040 Satellite Link Emulator. The Multipath Fading Simulator allows for precise modelling reflections of the signals on terrain, fixed and moving objects, both in satellite and terrestrial communication networks.

The IZT C3040 Satellite Link Emulator is a cost-effective, time-saving solution for satellite and aircraft RF link testing. Accurate, comprehensive and repeatable simulation of uplink, payload and downlink in the IZT C3040 enables system engineers to create realistic scenarios for testing their product in a laboratory environment. On the downlink, the signal can be affected by effects of the ionosphere, large and small scale fading, interference by other signals and thermal noise. Therefore, for satellite system developers is essential to get a realistic and application optimized fading simulation.

The new Fading Simulator supports up to eight propagation paths (taps) with a variable delay between 0 and 100 μs, configurable in 0.1 ns (plus latency of all other active processingstages) on top of the set link delay. Each tap can be processed with an individual Doppler spectrum with a maximum Doppler of ± 50 kHz. Various Doppler spectra with models like Rayleigh or Ricean fading are generated online or can be streamed from HDD to the Fading Simulator circuit block. This concept allows users to apply their own, specific fading models.

The simulation of terrestrial networks requires a different feature set compared to satellite networks, as a low minimum latency and a related Fading Channel Simulator is needed. In addition to using the IZT C3040 as a simulator for satellite links, the new Fading Simulation option makes it also suitable for simulating complex terrestrial channels. All eight fading paths of the IZT C3040 Fading Simulator are completely independent and their delays can be easily changed. Key applications which will benefit from the IZT C3040 with its powerful and flexible Fading Simulator are systems like LEO-, GEO-, MEO- satellites, modems, transmitter and receiver testing, telemetry tracking systems, range verification and training/education.